it's OCTOBER 9 and i'm still updating  -  sorry if this seems out of whack,  blogging here is tricky, photos are taking hours to upload,  groan.

continuing on from september 19 till today, hopefully from now on i'll be able to add
entries every day 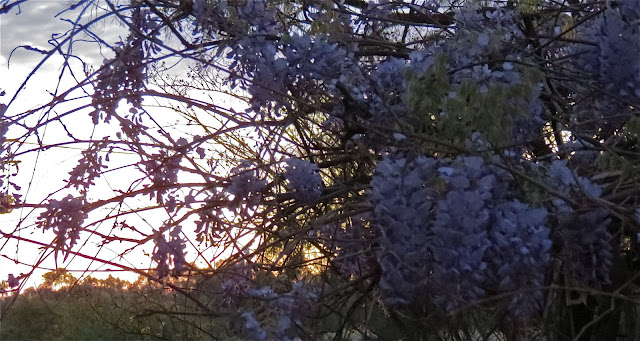 so here is the wisteria, one of three that have been just superb - they were out when sunny and i arrived. 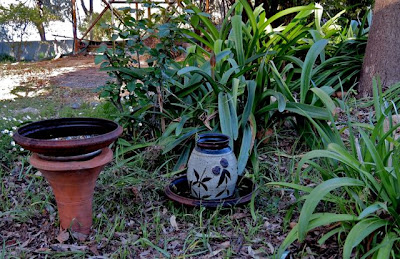 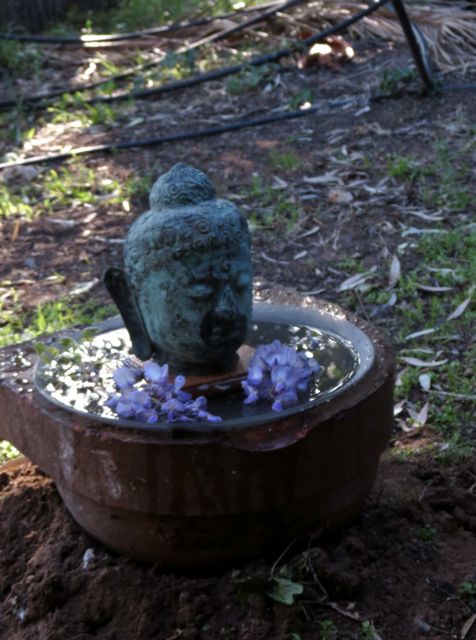 heaps of lilies in bud, no idea what they are, irises everywhere, three wisterias and a couple more just beginning, other bulbs that i have to wait for.  i’ve made bird baths out of terracotta pipes and hub caps i’ve found around the place

i knew i'd meet a snake here sooner or later but i expected to see it on the ground.  but this one decided to drop out of the ceiling. 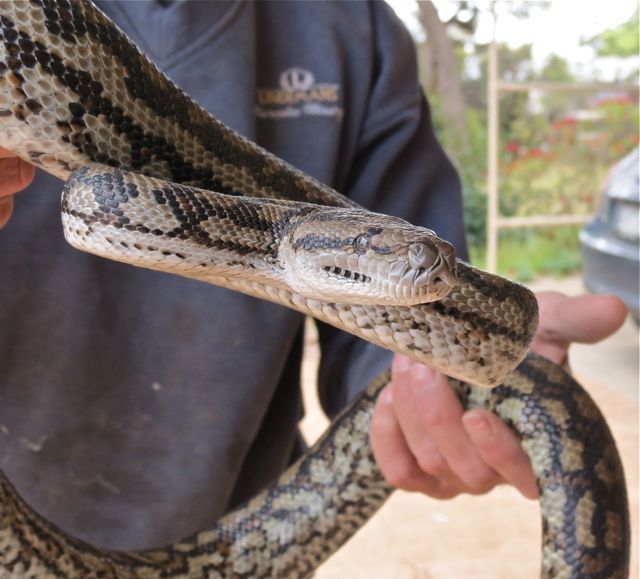 an early knock on the door found me half dressed. Pulling on a big jumper i ran to the door to find a man and his son – here to repair leaks in the bungalow roof.  His brother and nephew arrived  soon after and they set to work jacking up one end of the building.

when i went out to offer them a cup of tea they’d been greeted by a 4 ft carpet snake that dropped out of the ceiling when they removed a panel, causing mayhem and a scream from one of the men,  big grins from the boys as they told me.   here it is, a beautiful thing, i’m going to use it in an etching. 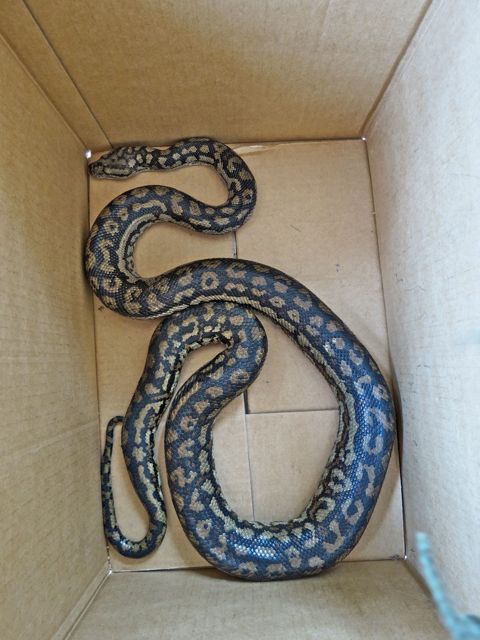 
i’m feeling really cut off here – finally i’ve got telstra booked for the internet and to fix the landline, i’ve been without the net since i got here and its going to be at least the end of the week till it’s on – and now that i’ve changed my mobile phone to telstra i’ve lost reception, can’t ring anyone but ‘missed call 101’ messages are coming in and i can’t access them.  frustrating!  maybe i need an optus mobile after all
grrrr! 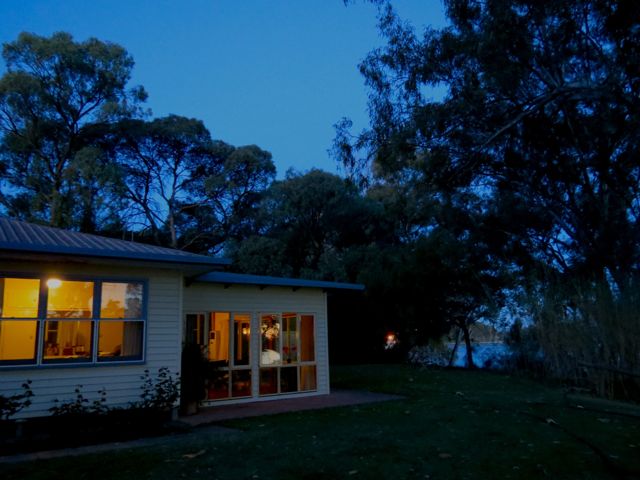 The river -  how can i describe it -  this beautiful body of water constantly moving past – i can see it from most of the windows in the house so it’s always with me. in summer the sun will rise in the east over the loch end of the river and set in the west right over the water too.  occasionally a small tinny will motor by,  over my fence on the crown land people camp and it’s a popular fishing spot, always someone sitting there from early morning.  campfires glow on the opposite bank at night reflecting in the water and the loch is lit up with red lights.  the sky here is a mass of stars and now that i’m finally getting the house sorted i’ll be able to enjoy it all properly. 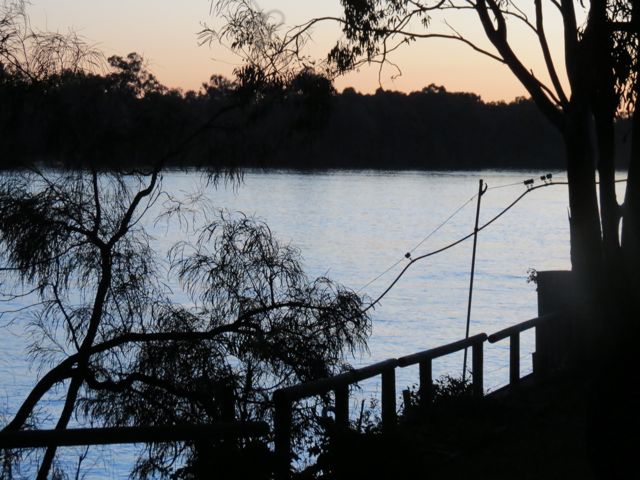 TUESDAY, SEPT 25
Gail and denise arrive today. they’ll be here for a week and i can’t wait to see them. 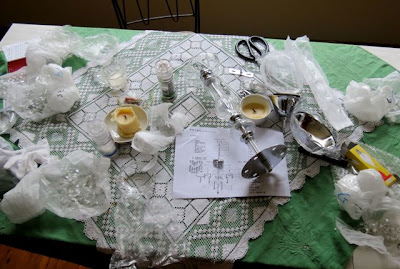 gail arrived with the new chandelier i ordered on the net, it’s arrived in a DIY form, so there are about 70 individual bits spread out all over the dining table with instructions in chinese.   hmmm 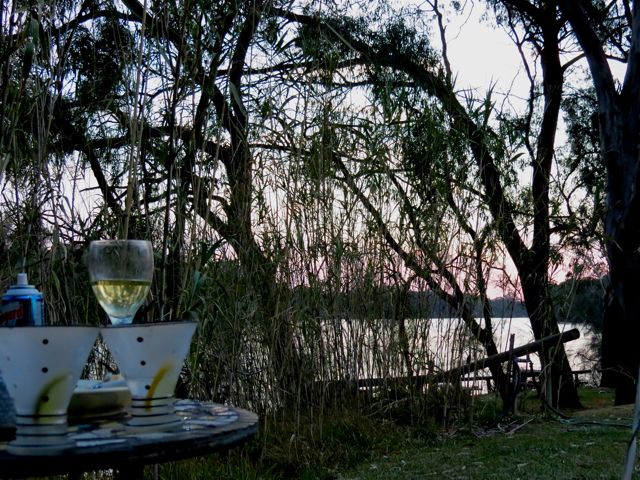 it’s been great to stop working so hard  and to spend time just being here, enjoying the outdoors and cooking on the barbie down by the river .

gail in the large living room - the windows reach the floor on two sides, so you look out on to a wide
sweep of the river

It’s been great have denise and gail here, using the house just to be in, rather than the frantic moving, unpacking and putting things together and throwing stuff out – the few two weeks were so much work, now i’m getting ready to head off for three weeks, to bali for the ubud writers festival, then a week in melbourne, geelong, torquay and pt lonsdale catching up with everyone before i come back to settle in properly.

Just a few pics of home before i travel on to the writers festival in Ubud, Bali 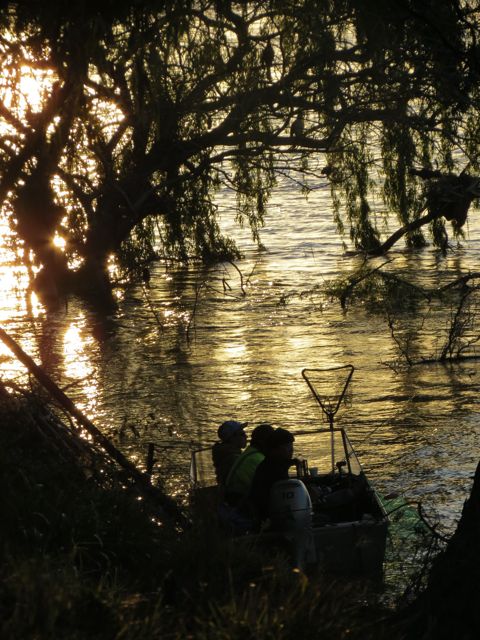 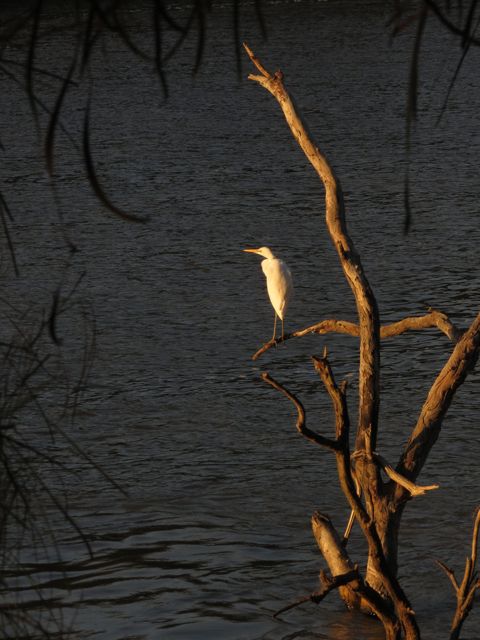 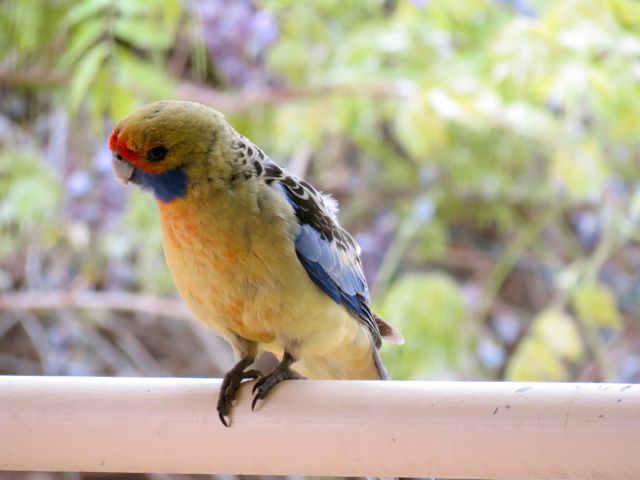 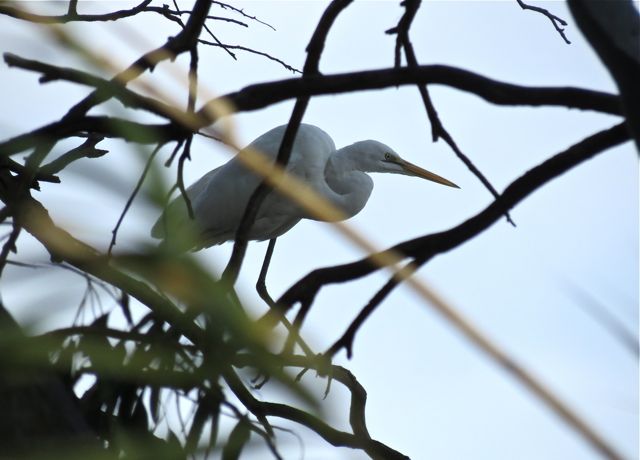 Tuesday, October 3
WOW!  i’m just waking up in ubud after arriving late last night – the flight got here 1 ½ hours early – don’t ask me how that happened, even the pilot sounded surprised 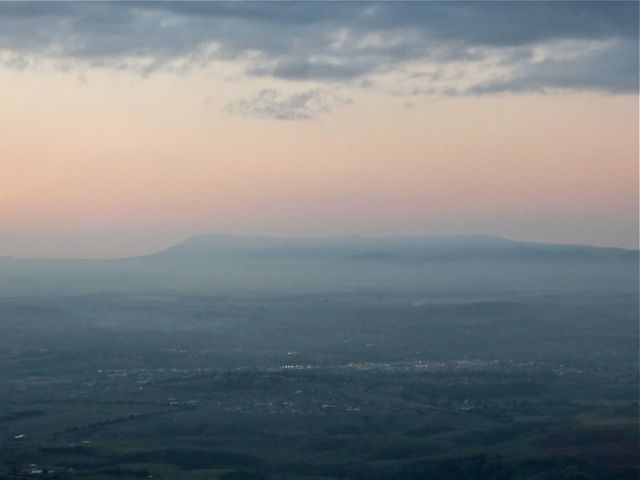 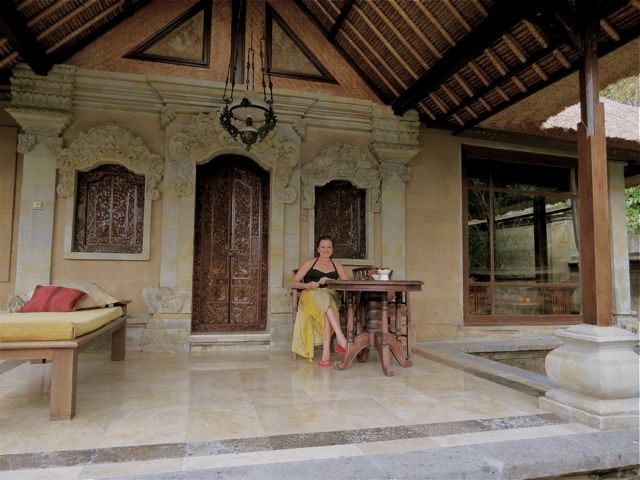 i’m at the pitamaha hotel and it’s absolutely magnificent, beautiful big individual bungalows set along winding paths that hug the side of a huge green gully – it’s just after 6 and i’m going for a walk. i can hear roosters and all kinds of birds as the sun comes up.  isobelle is here already, we’ll catch up today and i hope to meet a lot of the others who are here to be part of the ubud writers and readers festival