it's been ages since i've posted, no internet on the river yet, so i've been writing for the last month, now finally i can put it on, only because i'm in bali now and have wi-fi, a long way to come to use the net.

MONDAY SEPT 16
Jen and rob have arrived  for a few days, they’ll be a huge help and it’ll be great to have them here.
We’ve had the paddle steamers from the 100 years of steam  celebration in wentworth going through the loch and past the house – that wonderful sound of the old horns echoing up the river. 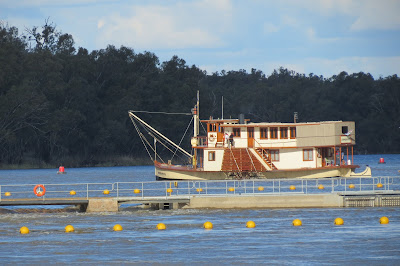 Sunny’s flown home after four days of working on the house, unpacking, pulling down awnings, we’ve pulled out the old air conditioner– the house is opening up and looking great;  still full of boxes but we’re ploughing through them.

There was a plant sale at the local oval so I bought a kaffir lime and a meyer lemon, the beginning of my garden.
We’ve been to the amazing Aroundagain again and picked up metal plates for the old brick barbie.  Rob fitted them and last night we had a barbecue right down on the river bank. 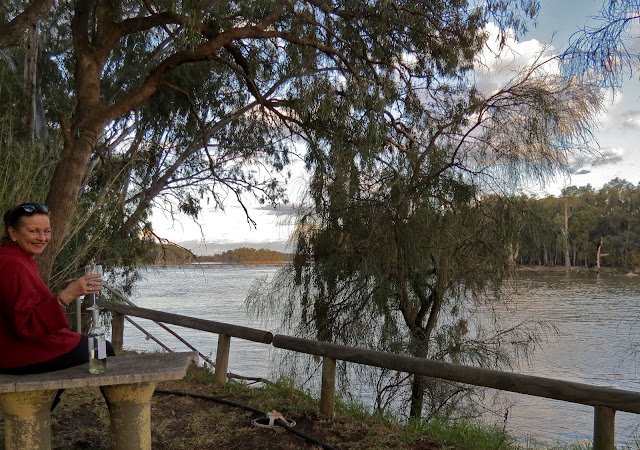 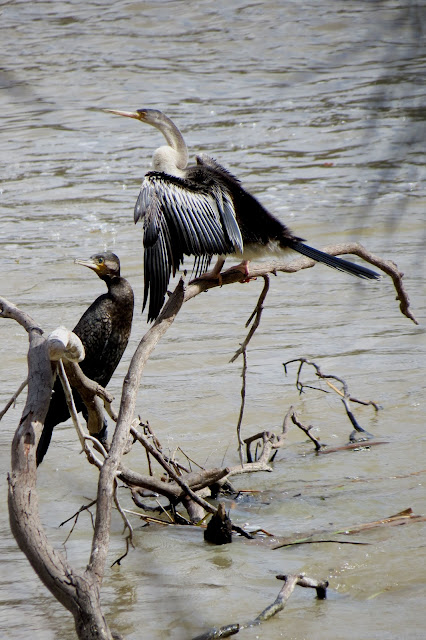 There’s a permanent population of birds that sits on the old dead trees that have fallen into the river at the bottom of the garden, an egret which just sits all day -  finally we saw it dive and come up with a pretty big fish which it just wolfed back in one piece  -   cormorants and a darter, also a couple of grey herons which fly in and out.  They’re attracted by the people who fish just over the fence, plenty of scraps.

The skies opened up last night, so loud on the roof it  woke me up but this morning everything’s really soaked, I might do some digging and check out the soil.   It’s a good chance to plant the citrus trees.

Jen, rob and I checked out the garden today, an acre and a half, all great soil and we’ve uncovered the watering system, comprehensive and all running off river water. Just wondering how much electricity the pump uses.
The ground’s so wet, I’m starting holes for my citrus trees.
We worked all day again and some rooms are taking shape, floor space is appearing as boxes are emptied and thrown out.  There’s so much space, it’s wonderful. 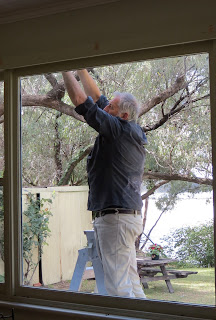 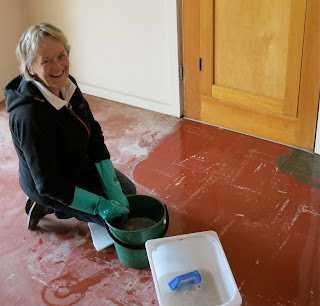 Jen and rob left in the afternoon after doing so much work around the place -  way beyond the call of duty, now I have time to settle in on my own and appreciate this amazing silence – well, silent except for the constant chorus of birds.   How bad can that be? 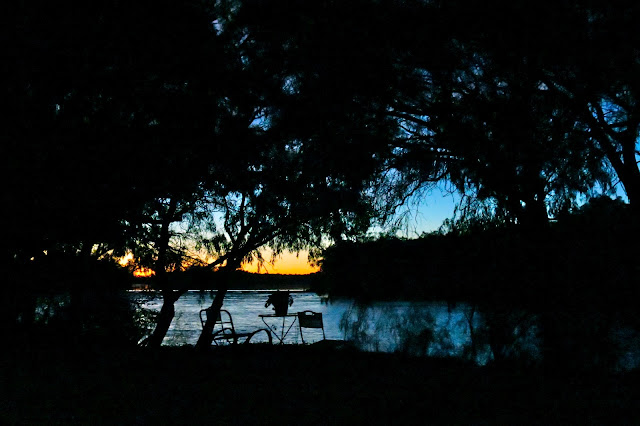 Wednesday 19
I attempted to get telstra to fix up an internet bundle for me but I think I’ll have to go in again today and try to speak to someone who actually knows something about it – the super relaxed young guy I spoke to today just didn’t have a clue :0/     wasn’t worried about it either.    And he was supposed to be training some poor girl while he served me – she was as confused as I was (much eye-rolling between her and me).   I’m suffering serious withdrawal without the net for over a week  - can’t get the ABC on telly either,  and the washing machine’s leaking.   Hmmm -  things to do.   Also the phone, the old telstra phone seems to be cactus too

Tuesday 25th  September
the past days are a blur of emptying boxes, stacking a growing tower of flattened cardboard, moving furniture around and filling bookshelves, how many books do i have??   way too many
bunnings has become a second home and my new trolley has been a godsend.
checking out the garden i’ve discovered so many things – a beautiful old rose ‘mutabilis’ 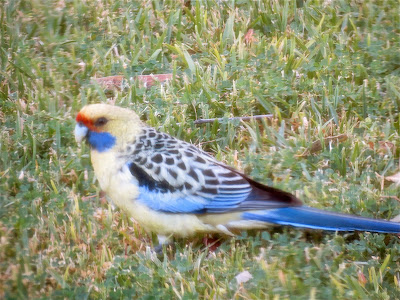 this gorgeous little rosella is one of a family that's arrived, they're here every day

heaps of lilies in bud, no idea what they are, irises everywhere, three wisterias and a couple more just beginning, other bulbs that i have to wait for.  i’ve made bird baths out of terracotta pipes and hub caps i’ve found around the place