up early for a radio interview at 7.45 before heading off for a two hour workshop with writing students doing a unit in picture books at the University of New England. 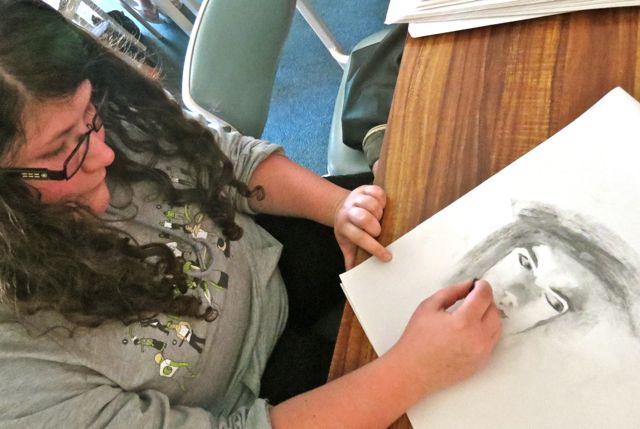 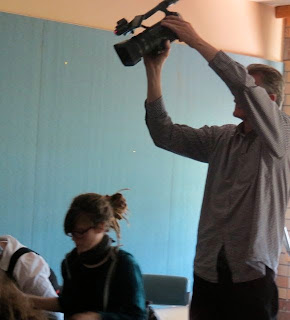 a good session with students studying visual literacy as a part of their writing course with liz hale.
we looked at woolvs in the sitee and did
a charcoal drawing workshop using an
image from the book as a subject. 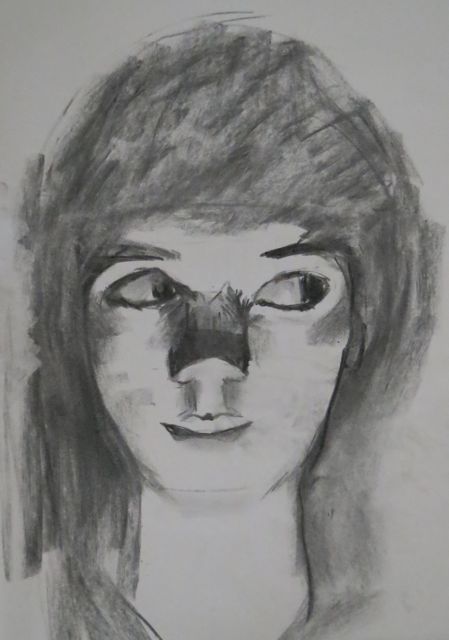 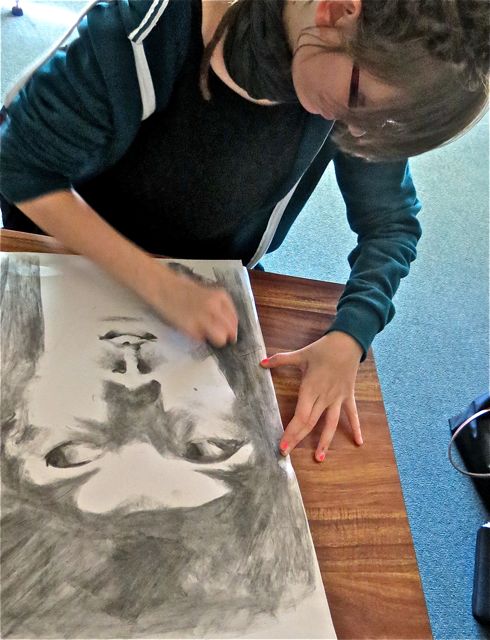 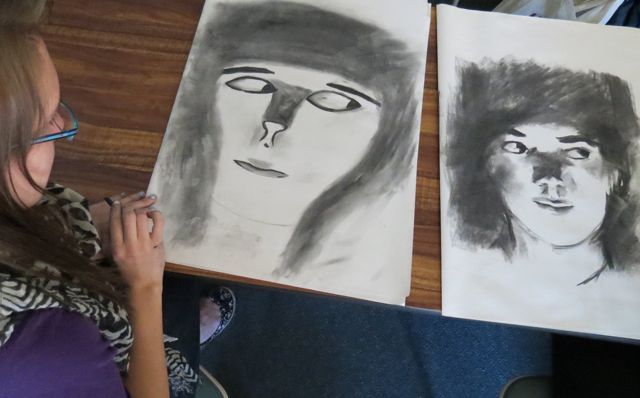 LIZ HALE  and i felt we deserved a car just like this one - a beautiful old peugeot in the university car park. but what's with the logo,  the first letter looks like a 'g' 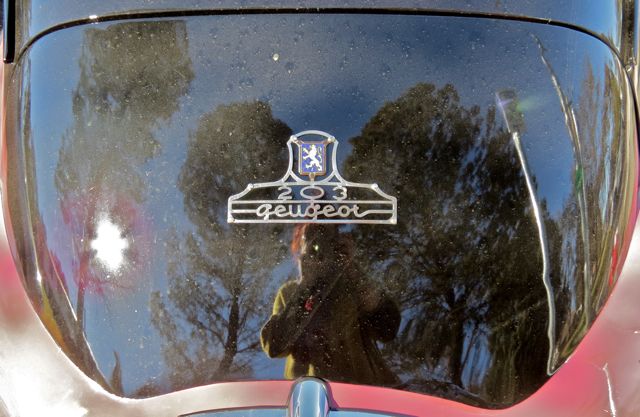 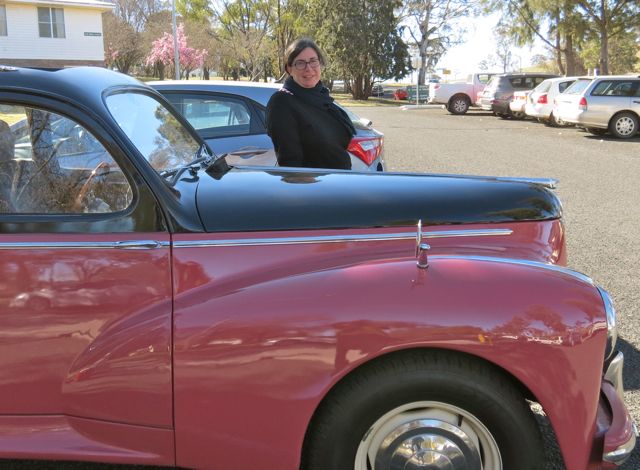 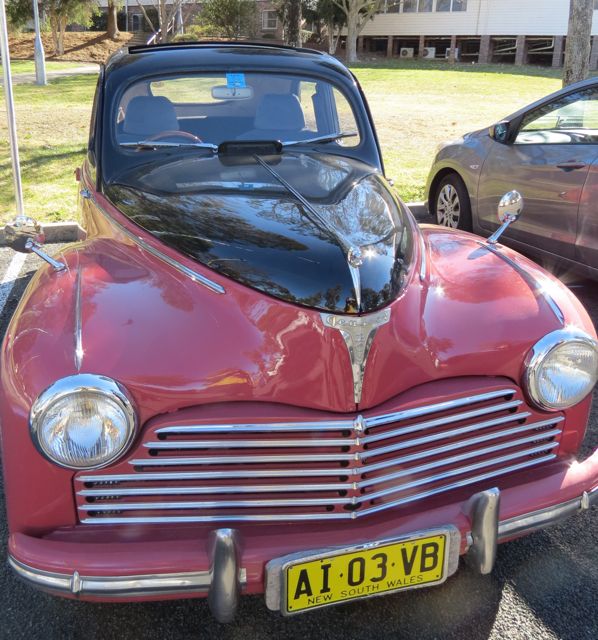 A CROWD OF ONE
later, a talk at the library to a crowd of one - yes - one       it was funny.  thank god she was interested in illustrating and had questions to ask,  and that sophie masson was with me which made an even bigger crowd of two.

i had dinner with sophie and her husband david, who cooked a wonderful meal of chicken, lots of vegetables from their garden, and heavenly little meringues and cream. mmmmmm topped off with a honey vodka liqueur.
Posted by anniespud at 22:11