YESTERDAY i solved a problem.  one piece of artwork has been giving me grief, just trying to resolve my original idea, an old photo of two boys and their kelpie puppy and a large pic of them reunited as young men after WWll.  the big colour pic and small photo (a monoprint) just didn't gel on the page.
but now i've rejigged the colour pic to become another photo on the page of an old album -  it'll work.  still in the process of working it
out but now i only have one spread to sort out. AND the cover - no real ideas 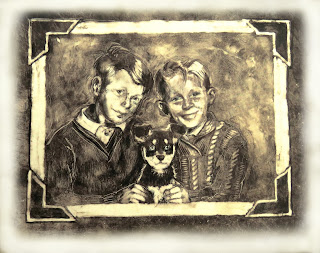 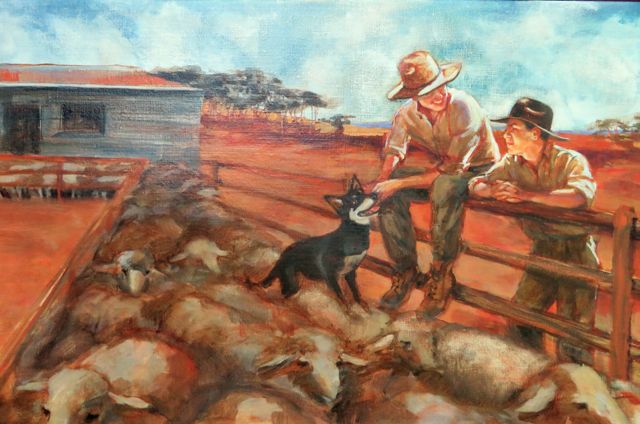