BOY IT'S BEEN HOT - ok in the house, outside this afternoon it felt like a fan forced oven.
But i got some more clearing out done in the shed, decided it was too warm for a walk and opted for a swim in the evening, divine.

the birds seem to just handle it somehow, i keep all the birdbaths and bowls topped up. I put the sprinklers on for them sometimes but they don't really use them.  they like to got to the sprinklers when they're off and drink the tiny amounts of water that are on them.
there was a kangaroo under the trees in the shade too.

i drove into mildura in the afternoon to look more closely at the doors i want for the studio.   i know what i want now :0)
on the way back i stopped to photograph these lovely little avocets that were on lake hawthorn. 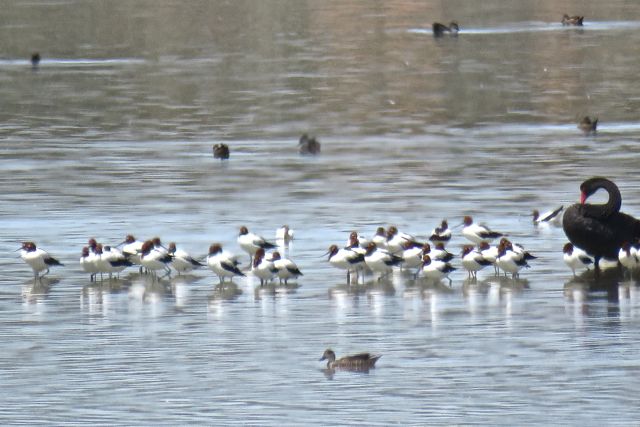 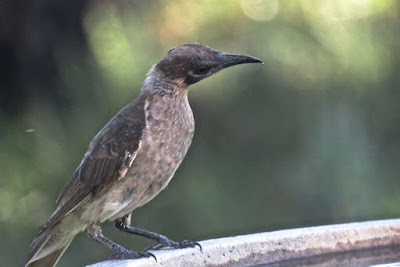 a little friarbird
at the birdbath,
it's been a long
parade of thirsty
birds all day 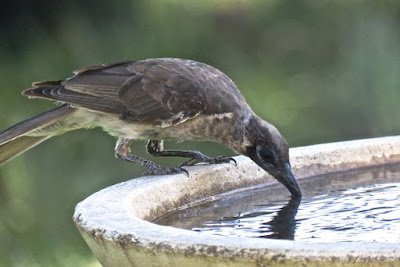