STILL NO RAIN but the wind has dropped after days and days of topsoil  blowing in from the drought affected land and dropping all over the towns.   whistling winds have stopped too, the sky is blue and i've been out preparing an area of lawn (getting rid of it) to plant some native bird attracting shrubs. 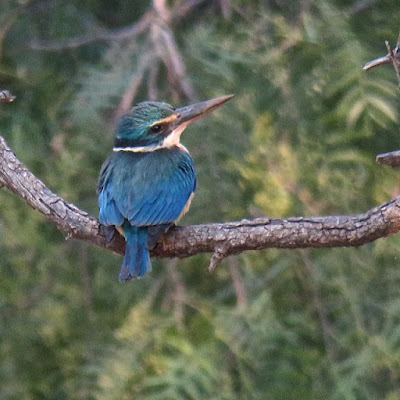 my gorgeous nesting kingfishers are a daily source of pleasure - it's interesting to watch th
em, i'm thinking there's a young one but it's hard to tell.  their favorite large perching branch broke off in the wind the other day but they've found an equally attractive one to take its place  :0) 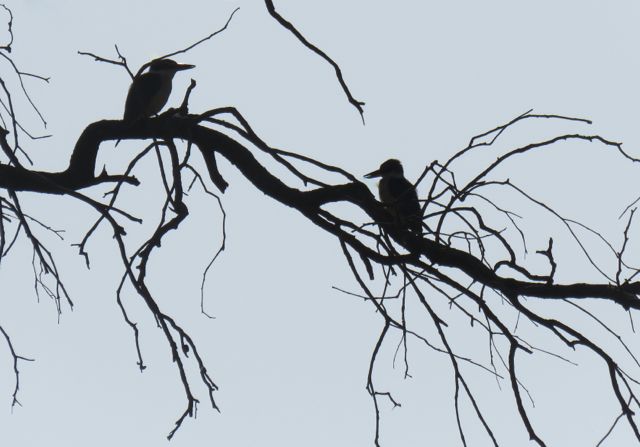 i've never seen our local yellow rosellas anywhere else, i love the flash of sapphire blue as they fly 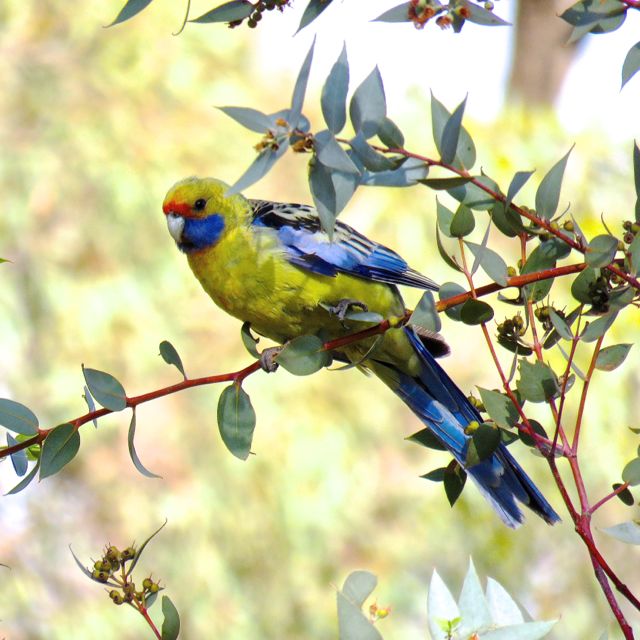 tuesday i went into mildura, an accountant appointment and lunch with di and donnie, these pics were taken on the way home, it's been like these for days and our eyes, noses and throats are full of dust, not to mention the houses 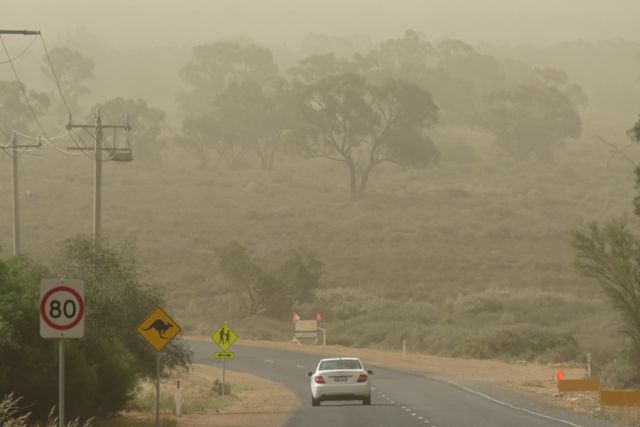 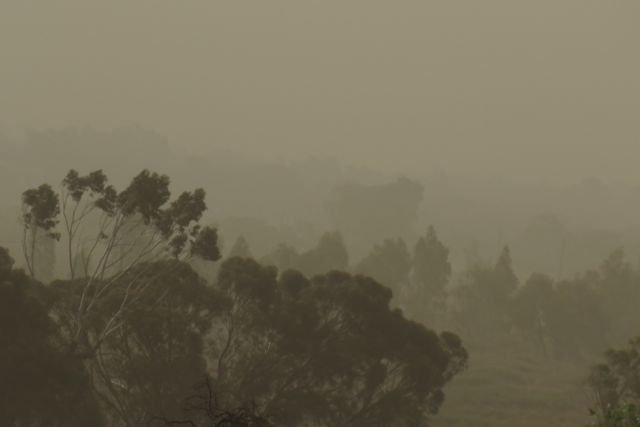 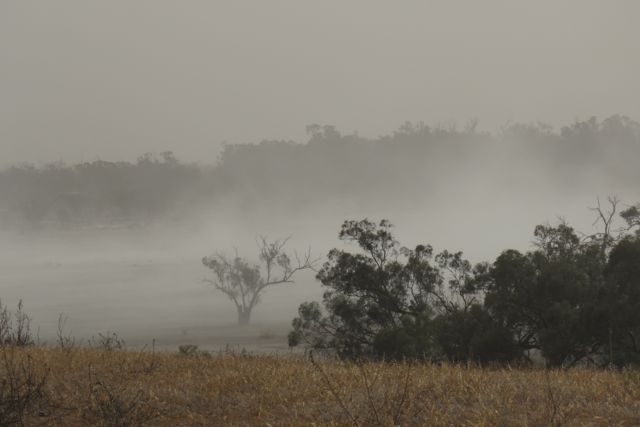 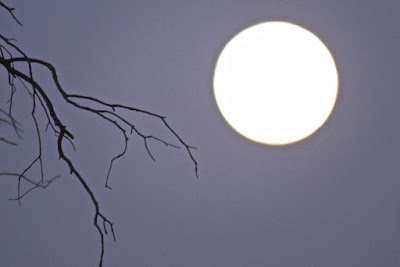 yesterday was pilates, i walked there and these beautiful grass parrots were all over the lawn at lou's 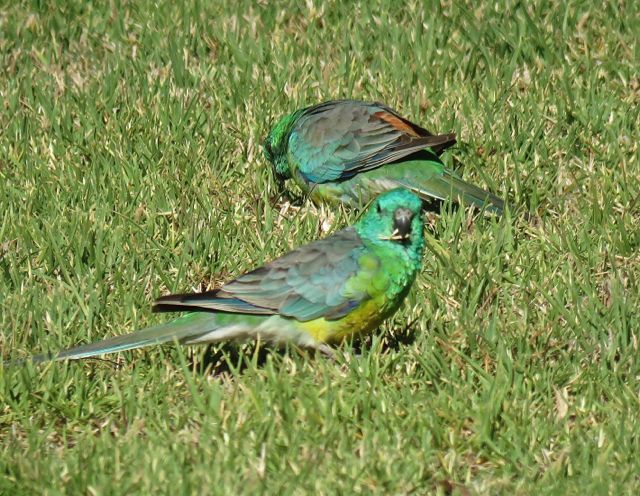 since i've been published the old black and white pics of geelong's dance scene on facebook i've reconnected with mal donnelly.  haven't seen him for decades but he was keen to see pics of our old kombi and i found these, from our trip to darwin in 1972 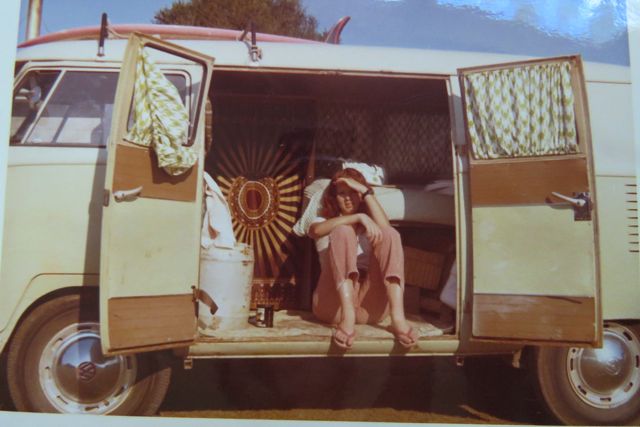 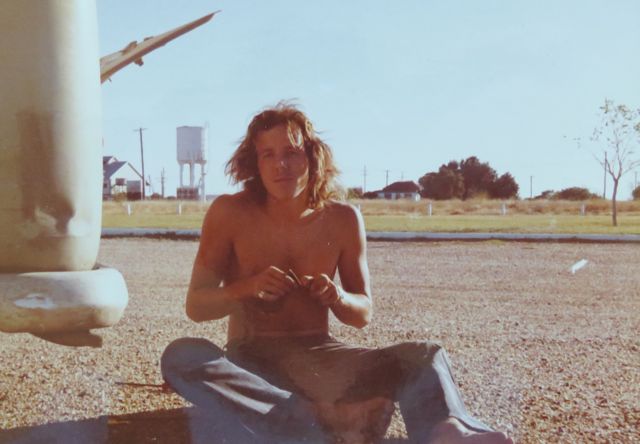 broken down at winton, it was 36 deg and ron was not happy

I've finished the portrait of sunny and last sunday i was on duty at the Makers hall so i took the pics of rene and started his.  however i had a friend present who talked non stop - NON stop - for the 2 1/2 hours she was there so my work was really affected.  i dropped her at home and came back for 2 more hours, but i'm going to start it again. there's no freshness there and even though i've now added some greens, it's never going to be right.  more of an illustration
than a fresh portrait 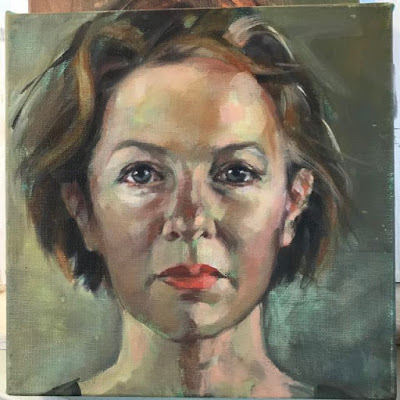 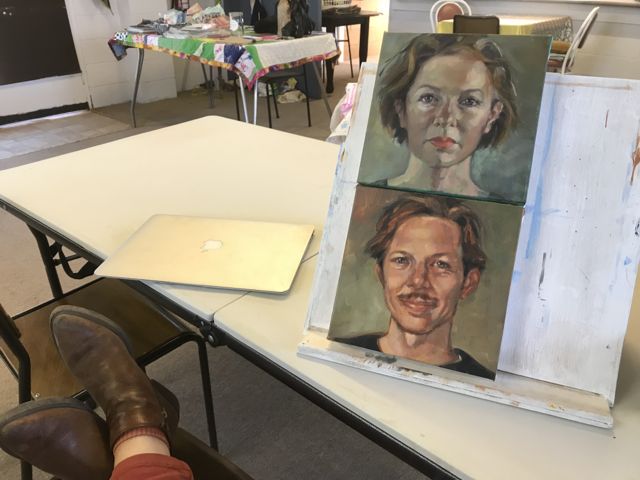 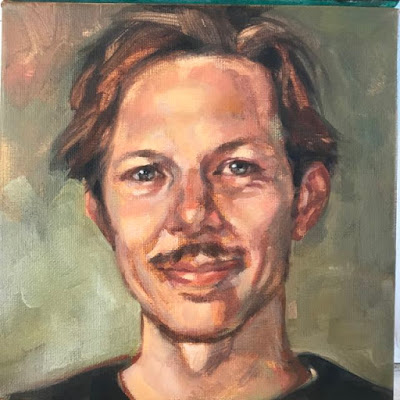 rene's pic -
the likeness is
there but as a
painting i don't
like it, although
the mouth is
spot on :0)
i'll do another
one in the peace
and quiet of
my own studio