I'VE WATCHED THESE TERNS every year, they come over the colder months to fish around the lock and further down the river, flying back and forth and plummeting into the water for fish.   i never realised what spectacular birds they are until i saw a large flock of them resting on the lawns out the front of the Wentworth Rowing Club on the Darling River.

i was told that they were there when an old man pulled up in his car as i crossed the roundabout, he just sat there in the middle of the road while he told me about the Caspian terns on the Darling, somehow he knew i was the 'lassie' who took the bird pics that appear in the Wentworth Standard each week.  they're really popular so i guess i have to keep on sending them :0) 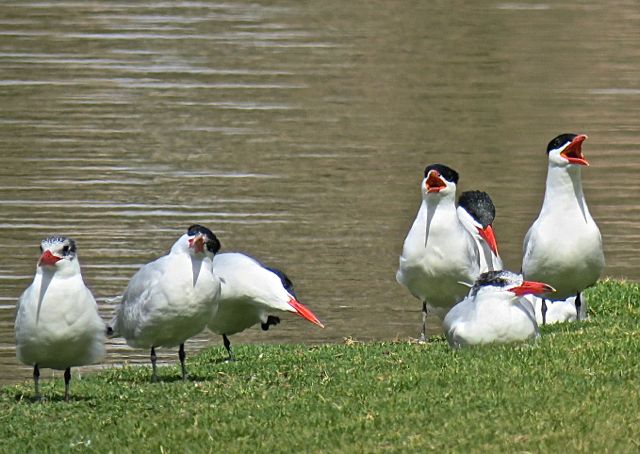 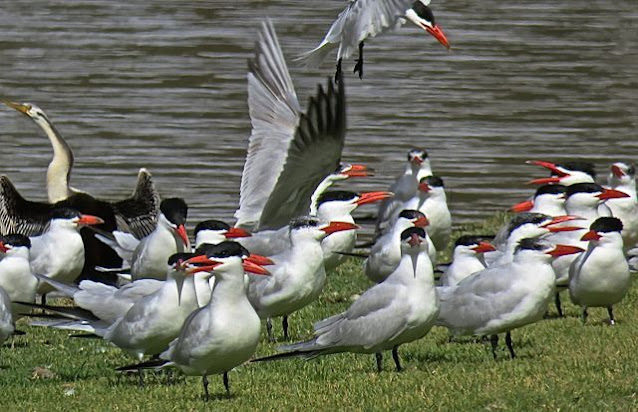 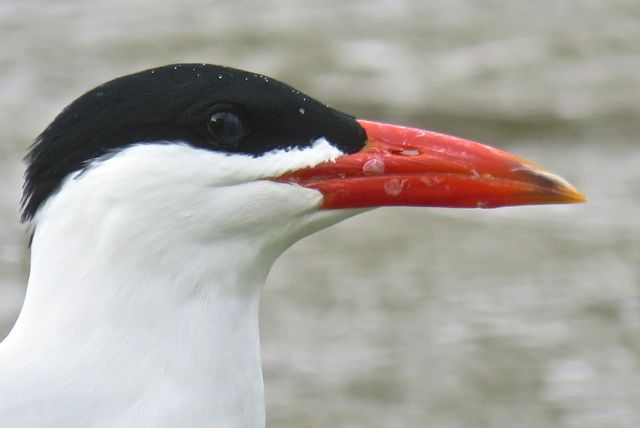 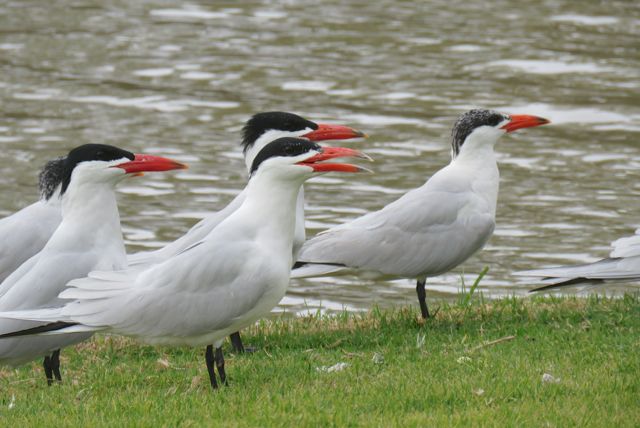