LAST NIGHT AND THIS MORNING i saw the full moon rise over the lock and set over the river in the west, i haven't seen it before.  naturally the sun moves backwards and forwards across the horizon during the year and often the moon will rise really late or set when it's still night so to see the moon rise over the water on a superb, still clear evening and set the next morning over the water in the same conditions was really special.  it's going to be a wrench to leave here. 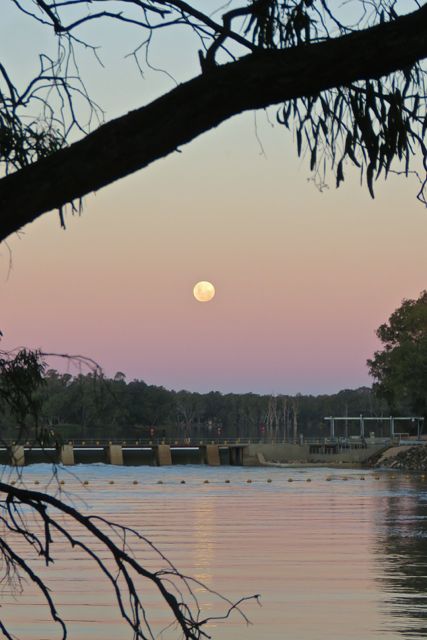 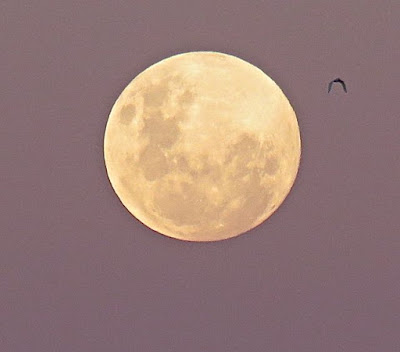 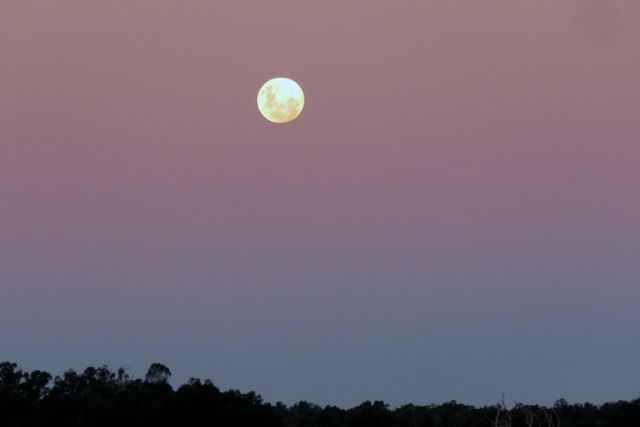 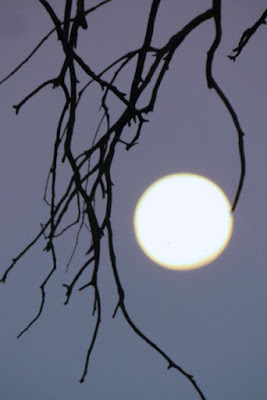 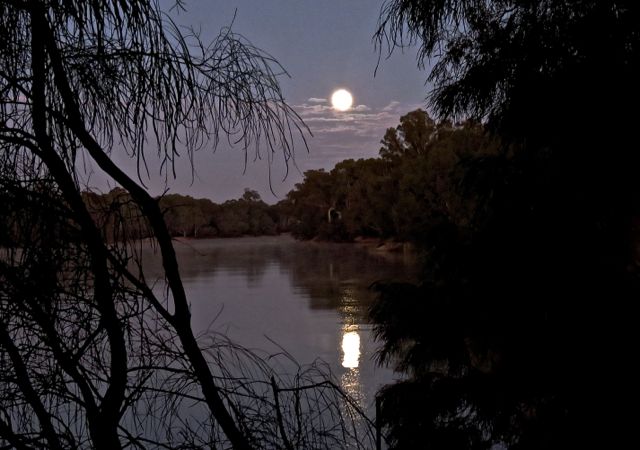 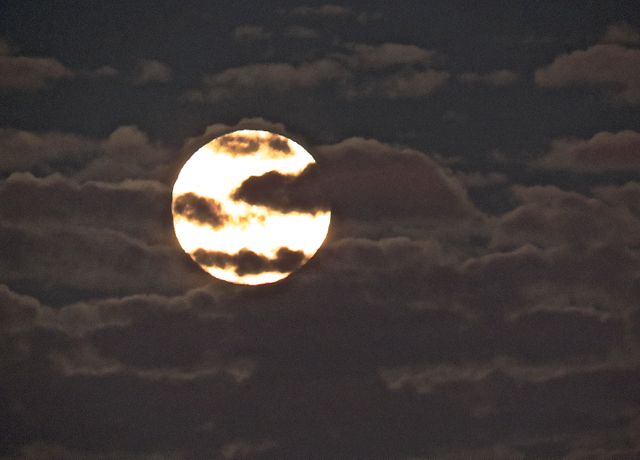 right now as i write at almost 5pm the sun is low, there's a little fishing boat with three men in it at the lock, they're all looking in the same direction, two standing.  i'm wondering what they're looking at, it's quite distant, they're really focussed, has someone caught something??   it'd be a first, mostly they seem to just sit and chat  :0) 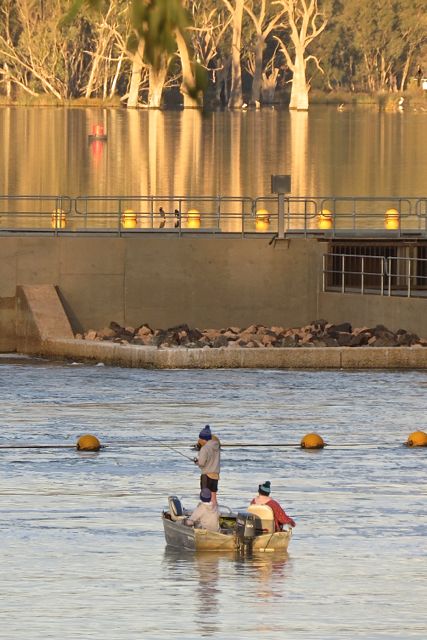 i just grabbed the camera to capture them, but they'd settled back down.  i think they're having a nice afternoon